Stephen Jones and Associates expertly manage the most highly complex investigations and litigation with experience that few attorneys nationwide can claim. We strive to be the leaders in ingenuity when it comes to defending our clients’ rights and freedoms and putting our clients at ease knowing that they have the best attorneys on their side. The firm maintains offices in both Enid and the capital city, Oklahoma City and has had a long history of representing clients ranging in size from Fortune 500 corporations to family-owned business and individuals.

One of Stephen Jones’ earlier experiences with a controversial case was the defense of Keith Green, a University of Oklahoma student, who displayed a homemade Viet Cong flag at the weekly ROTC drill in protest of the Vietnam War. Green had first contacted a dozen lawyers who all refused the controversial case until he was referred to Stephen Jones.

Stephen Jones achieved national publicity when he was appointed by the United States District Court to serve as lead defense counsel for Timothy James McVeigh, charged with the bombing of the Alfred P. Murrah Federal Building in Oklahoma City on April 19, 1995. He has authored a book about his experiences in this case titled, “Others Unknown: Timothy McVeigh and the Oklahoma City Bombing Conspiracy.”

He has argued before both the Supreme Court of the United States and the Court of Criminal Appeals. Furthermore, Stephen Jones has taken on cases against the Internal Revenue Service and has represented clients with claims of discrimination and civil rights infringements. 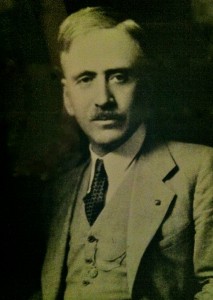 The predecessor firm was established prior to statehood in Enid, Oklahoma Territory, in 1905 by Charles O. West, the first Attorney General of Oklahoma and W.J. Otjen, Sr., a prominent State Senator who successfully prosecuted the removal from office of Governor Jack Walton.  Mr. Otjen went on to become the National Commander of Veterans of the Spanish-American War.  He was also the Republican Leader in the State Senate and was narrowly defeated for Governor in 1942 and the United States Senate in 1944. In December, 1965 Senator Otjen and Mr. Carter extended an invitation to join them in the practice of law in Enid. 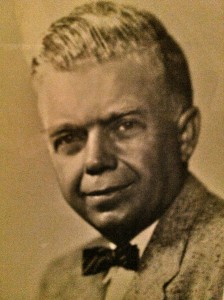 Frank Carter became Senator Otjen’s secretary and was the last lawyer in the county to have been admitted to the Bar on the basis of law office study.  He was a member of the American College of Trial Lawyers and served as Mayor of Enid from 1947-1949.