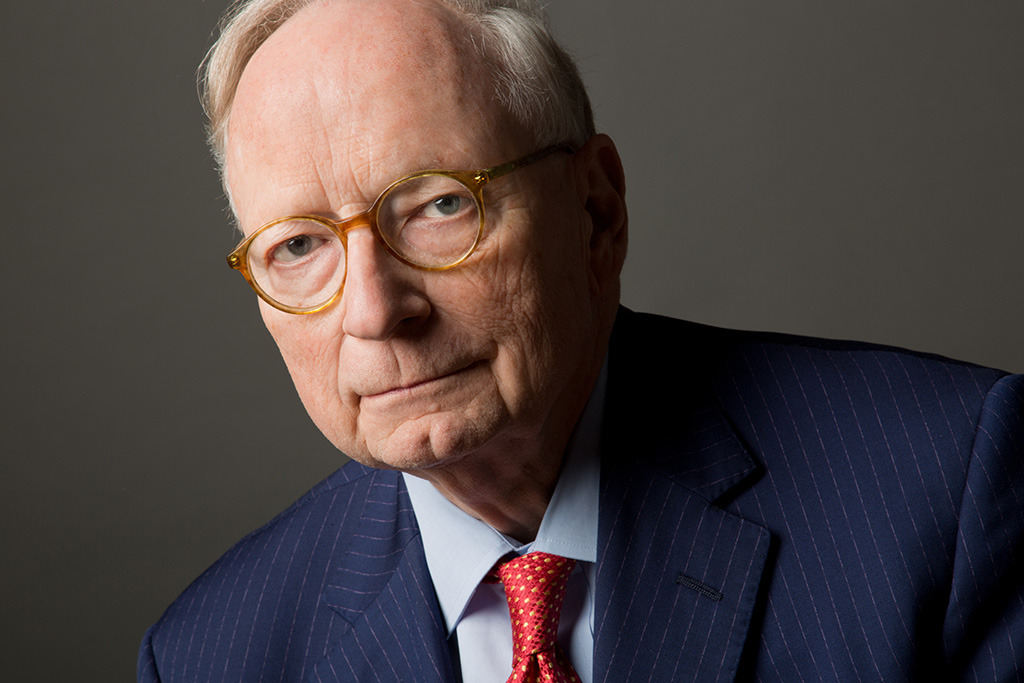 About Steven Jones-In 1971, the nation and indeed the world was gripped by the story that a group of Army GIs in Vietnam had massacred over 100 Vietnamese civilians including old men, children and women at a village called My Lai. Lieutenant William Calley, the platoon leader, was initially charged with mass murder. The incident had been suppressed and secrecy enveloped the investigation, which was initiated when a private named Charles Gruber who was present at My Lai, told of the horrific incident to a friend and it ultimately reached, through Gruber, to Seymour Hersh, an investigative reporter for the New York Times. Hersh broke the news of the murders and the suppressed investigation. The subsequent national controversy, indeed fire storm, over the prosecution investigation, court martial of Lieutenant William Calley, resulted in his conviction and a life sentence, but the trial was missing one crucial witness, Butch Gruber. He had disappeared, and no one could find him. Not the Army, not the FBI, not the Department of Defense, not Calley’s lawyers. Gruber had ridden as a hobo into Pryor, Oklahoma in an empty railroad boxcar, jumped off while the train stopped temporarily in Pryor, and disappeared into the anonymity of this small northeastern Oklahoma town.

With a minor criminal record before, Butch Gruber was arrested when he was dating the daughter of a prominent citizen. He did not initially reveal his true identity. When he did, the lawyer called Stephen Jones because as the lawyer told Stephen, “the case is too big for me.” Stephen came to the aid of Butch Gruber, represented and defended him against the trumped-up charges of “perjury” and Mayes County, which Jones believed to have been inspired by Captain Medina’s lawyer, F. Lee Bailey. Jones secured a dismissal of all charges against Mr. Gruber. 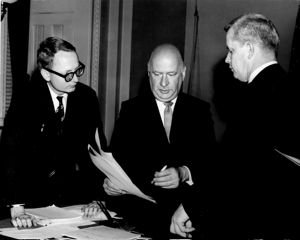 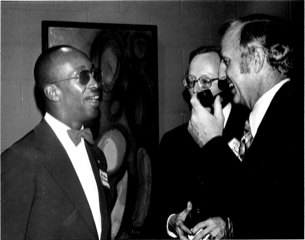 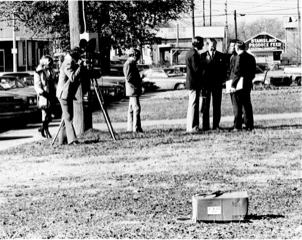 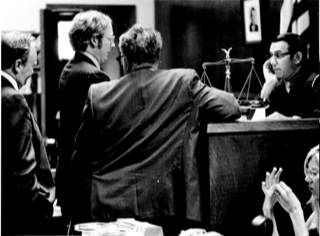 This remarkable trial and the case was just one of many that typified the professionalism, dedication, commitment, and zealous advocacy of Stephen Jones on behalf of the most hunted, controversial or unpopular defendants, ranging across a variety of cases from murder in the first degree to federal criminal and state criminal charges of Medicaid fraud, health fraud, income tax fraud, mail fraud, military courts martial and commercial litigation. In part, this is why two federal judges, on the record, recognized his professionalism and dedication to his client.

Stephen began his legal career after education at the University of Texas where he worked for the Republican Party of Texas by enrolling in the University of Oklahoma Law School when former Governor Henry Bellmon became the first Republican Governor of Oklahoma in 1963. In January 1964, Richard Nixon, having been defeated for President of the United States (1960) and for Governor of California (1962), moved to New York City, and shortly thereafter invited Jones to come to New York City to be his personal research assistant and to assist him with speeches and drafting articles and public statements prior to the Republican National Convention in August. Jones worked for Mr. Nixon from January until the National Convention and then returned to law school at Norman. Upon graduation, he was recruited to work in Washington as Administrative Assistant to a promising third-term Republican Congressman who represented the same district Abraham Lincoln had represented in the House 120 years before. He also served as Legislative Assistant to Donald Rumsfeld, later twice Secretary of Defense, and to United States Senator, Charles Percy. In 1969, Jones moved to Enid, Oklahoma to open his private practice of law with Otjen and Carter. A year later, Jones resigned from the firm when its managing partner told him he could not represent an OU student, Keith Green, who had been arrested for displaying a homemade Viet Cong flag case during an Army ROTC weekly drill at the Norman Campus, the day after four students were shot and killed by members of the Ohio National Guard at Kent State University, while they were protesting President Nixon’s order for the invasion of Cambodia. Keith Green was a young anti-Vietnam War protestor. After his release, he went to 12 lawyers, none of whom would agree to defend him. Jones was his 13th choice. He rode the bus to Enid, Oklahoma and walked to Stephen Jones’ office. 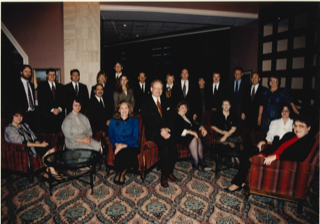 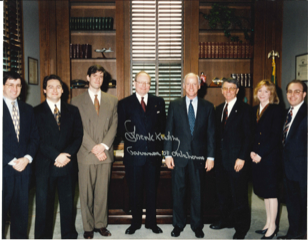 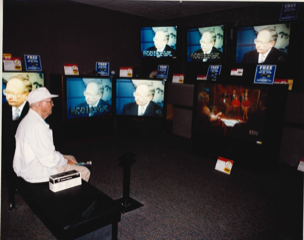 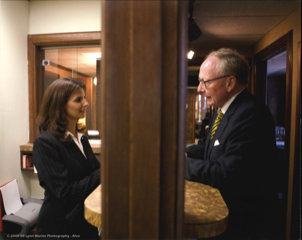 In conservative northwest Oklahoma then, such a defense of a political pariah, even a student at OU, was sensational and controversial, and Jones’ firm suddenly gave him the alternative of resigning from the firm or dropping the case. Jones would not drop the case, believing that Keith Green had a valid defense and might not even be able to find another lawyer if Jones quit him. So, Jones decided to resign from the firm.

The case against Keith Green was dismissed on Jones’ motion because as Judge Elvin Brown found and Jones argued, that the charges rested upon a statute which had been held unconstitutional in 1930. Keith was set free and never entered the criminal justice system again.

After that notoriety, which Jones did not seek, he became the attorney of choice for a number of college students who found themselves arrested for either draft evasion, civil disobedience and protest or possessing marijuana. He represented the OSU Student Senate in a successful legal challenge to the University’s refusal to allow Abbie Hoffman to speak on the OSU campus. Later, when Abbie Hoffman was indicted by a Federal Grand Jury in Washington D.C. and charged with a violation of the “Cramer Riot Act,” Jones defended him and the charges were dismissed when it was discovered that the Oklahoma City Police Department had wire-tapped Jones’ telephone and his meetings with Hoffman. Later, the leader of the Black Muslims at Oklahoma City, Theodore G.X. was arrested on trumped-up charges of daytime robbery of a jewelry store. Jones was hired by the Honorable Elijah Mohammed, then President of the Nation of Islam (Black Muslims), to represent Theodore G.X. in Oklahoma County District Court. At the end of the preliminary hearing, the charges were dismissed because of insufficient evidence.

For 52 years, Stephen Jones, in the words of the Oklahoma Journal Record, has been “a man separated from the rest,” and “a history-maker confronting history.” There is, perhaps, no greater recognition of that fact than the appointment on May 8, 1995 of Stephen Jones by the United States District Court in Oklahoma City to be the lead defense counsel for Timothy James McVeigh who had been arrested and indicted for the crime of the use of a weapon of mass destruction, which resulted in the destruction of the Alfred P. Murrah Building and 168 deaths, 500 serious physical injuries, 200 buildings being demolished as a result of structural damage from the bombing, and nearly a billion dollars of uninsured economic losses. Stephen Jones accepted the challenge to defend “the most hated man in America” to safeguard that nothing was taken from Tim McVeigh, neither his reputation nor his life or liberty, except by due process of law. Jones’ defense of McVeigh, even though he was convicted and ultimately executed, earned for him accolades across the country and editorial praise in some of the nation’s leading newspapers.

Operating from his offices in Enid and Oklahoma City and those more than half a century of work as an attorney, Jones’ clients have included men and women from all levels of society, nationality, religion, and political affiliation and orientation, but it is larger than that. He has represented a number of Fortune 500 companies when they had cases or legal matters in north central or northwest Oklahoma, together with some of the nation’s leading insurance companies including Traveler’s, the Hartford, St. Pauls, Lloyd’s of London, and clients ranging from Western Union, Wells Fargo, the City of Enid (which he represented in a Federal Grand Jury criminal investigation), the City of Bartlesville, various newspapers and three of the four Republican governors of Oklahoma, numerous members of the legislature and state officials including a state treasurer, state insurance commissioner, and corporation commissioner, as well as a United States Congressman. He is possibly the only lawyer who could have been in Oklahoma, both general counsel for the Republican State Committee and general counsel for the American Civil Liberties Union in Oklahoma. Who else but Stephen Jones has represented such diverse organizations as the Nation of Islam and the Roman Catholic Archdiocese of Oklahoma City, the NAACP and members of the Ku Klux Klan, Vietnam war deserters and Vietnam war protestors, draft evaders, and ex-CIA employees and members of federal law enforcement. 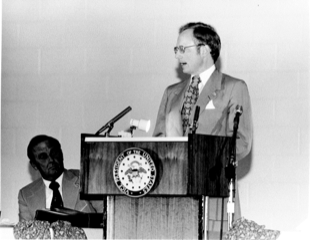 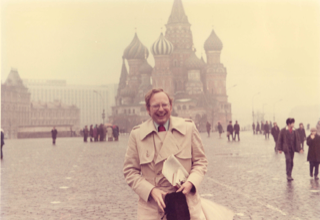 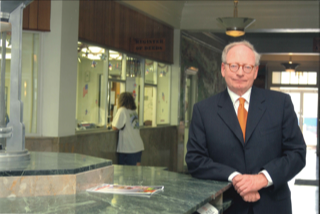 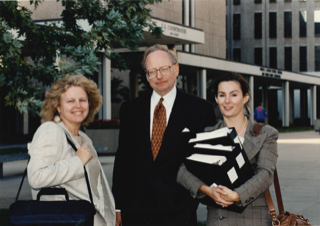 Jones has believed and still believes and practices that the justice of a society is measured by how it treats its worst, not its best, citizens. In addition, he is committed to the principal that every man (or woman) is entitled to an attorney learned in the law, as George Washington and the first Congress in 1790 described it, when the government, whether it be the United States or State government tries to jail a client or ruin his reputation or confiscate his property.

This is a man who, at an early age, became Richard Nixon’s personal aide and who was one of those lawyers trying to save the President in the congressional proceedings of impeachment in 1974. He secured formal recognition for the “Norman Gay Alliance” at the University of Oklahoma in a lawsuit against the University. His defense of women ranges from their reproductive rights to the hours of a dormitory for women students at Oklahoma State University. He has challenged the FBI, the IRS, the OSBI, and other federal law enforcement agencies. He has made numerous trips overseas for clients including to Syria, Jordan, Israel, the People’s Republic of China, North Vietnam, and the Soviet Union (Russia), Sweden, Scotland and Northern Ireland. His first client was a young woman who was a nun in a Catholic Order who sought to leave the Order in good standing to marry a divorced Protestant in the Catholic Church. Jones accomplished both goals. He searched for the remains or locations of missing American soldiers from the Vietnam and Korean Conflicts, defended political persecutions of major members of the African American community, the principal Chief of a Native American Tribe. He is a successfully published author of four books, including the Standard Treatise on Oklahoma criminal law and practice published by the largest law book company, Thomson-Reuters.

In 1999, the fourth-largest Bar Association in the country, the Florida Bar Association, honored Stephen by asking him to deliver the “Chester Bidell Lecture” at the annual meeting of the Bar Association. Previous recipients of this honor included a Supreme Court Justice, Colonel Oliver North’s lawyer, a Lord Justice of Appeals of the United Kingdom, the director of the FBI, an Attorney General of the United States and the Special Counsel investigating the Iran controversy.

Though he has represented many religious groups, he is a life-long Episcopalian, having served twice as Senior Warden of St. Matthews Episcopal Church in Enid. He is married. His wife was a food columnist. He has been married for 45 years to Sherrel. His wife for 17 years, was the food columnist for the Oklahoman and he is the father of 3 children, Edward, who works for NBC News on the Nightly News program, his daughter Rachael is an Assistant United States Attorney in Dallas, and his son Stephen, is fluent in seven languages and operates his own business in San Francisco. 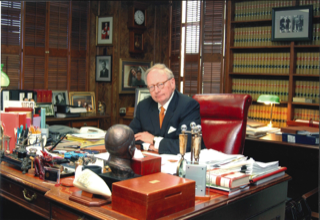 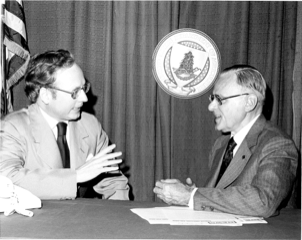 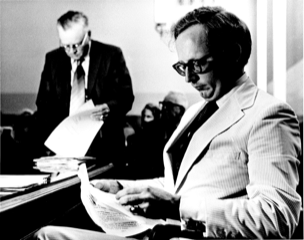 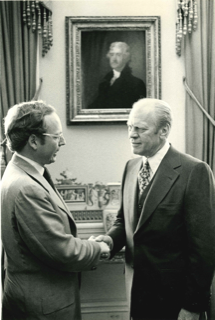